Impacting our community with God's love 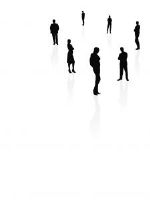 The people who go to the Oak Community Church are normal people leading normal lives with great stories of how God has done great things.  This page is for those stories.

As a single parent I came to the toddler group Little Acorns on Tuesdays and then the Coffee Mornings on Wednesdays. I was invited to join the church on their annual holiday to Sizewell.  After much hesitation and deliberation I accepted.  I had an absolutely fantastic time.  I couldn’t believe there could be so many nice people, in one place at one time, who accepted a complete stranger and her son and showed them so much love.

Since then I have been attending the church every Sunday.  Being with them was like a drug that I became addicted to.  I needed to be with them at every opportunity and learn about the way they lived their lives and their beliefs.

Nine months later I stood up, trembling and petrified and decided to become a Christian myself.  I am now involved in Little Acorns, and part of the team that runs the group.  I also helped out at the Seniors Lunch Club when it was running.  Now I get involved in the work of Foodbank.

My story is more about my return to God than my initial finding of him, as I was raised as a Christian and regularly attended church. However after getting married and moving away from my parental home, I failed to seek out a new church. It was having Calleigh that brought be back to God. I had always envisioned that having a baby would be one of the happiest times in my life; but I couldn’t have been more wrong. After having Calleigh I soon became very depressed. I hadn’t realised how much my life had revolved around work and how social the workplace is. All of a sudden I didn’t know what to do with myself and days would pass with Matt and Calleigh being the only people I spoke to. I felt very isolated, particularly as I had just moved to the area and didn’t know anyone.

The isolation was compounded by Matt working weekends, when there were no mother and baby groups I could go to and other new mums were spending time with their husbands, who had been at work throughout the week. So I have to confess that initially I came to the Oak Community Church to get me out of the house and help me pass the time until Matt came home. As I am a very shy person coming on my own was the first step out of my comfort zone. My intention was to sit at the back and slip out quietly at the end of the service, but anyone who has been to this church will know that there is no such thing as slipping out unnoticed. Everyone was so friendly that it encouraged me to come back.

Within months of attending I’d received invites back to peoples homes for dinner, been invited to birthday, anniversary and leaving parties, bbqs, aerobics sessions, little acorns, karios groups, quizzes and the much talked about Sizewell holiday. I also started receiving generous donations of books, toys and clothes for Calleigh. Before long I started to see in people a vibrant passion for God that I’d never seen before and I found myself wanting it too. I saw that God was in every aspect of their lives and not just on Sundays.

When I was at my lowest point I questioned God as to why he was letting this happen to me. Now I know that he needed something drastic to push me out of my comfort zone and that when I made that step he provided much more than I could have hoped for. So in testimony to the passion shown by everyone I met I decided to again step out of my comfort zone as I very publicly put my life in Gods hands by being baptised.

If you have a story to tell, email the site administrator and it will be added soon.